Each structure, whether steel, concrete, or composite, is an object created by combining many elements to build a solid, indivisible, and properly functioning whole. In today’s article, we will focus on welding steel structures and the types of welds used in their creation. What are they and what is their use? You will find the answer to this question below. 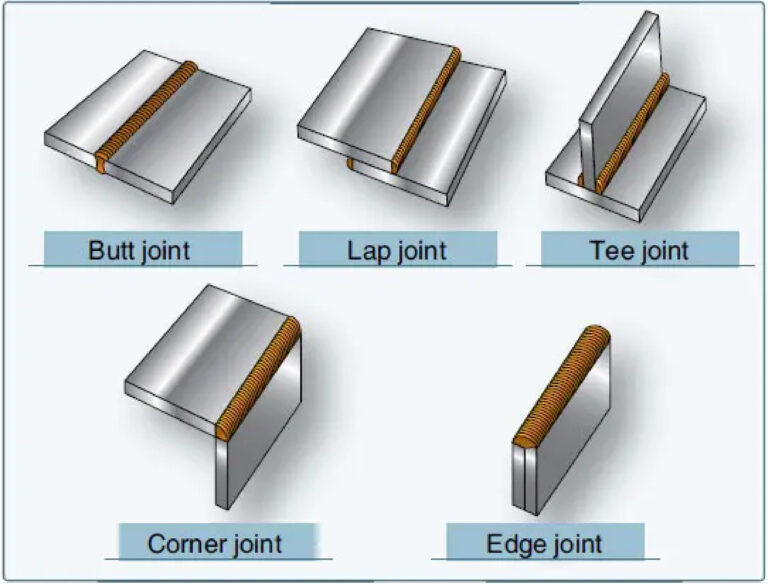 This question probably appears in the minds of every novice engineer who is just starting his adventure in the welding industry. Welding is one method of joining two materials, in this case metals, locally or on the surface by using a very high temperature to bond them together. This operation can be performed with or without a welding filler. As for the heat source, it is, of course, the welding arc.

Now that you know what welding is all about, we will focus a little more on the subject of welds. A welded joint or a weld, colloquially known as a weld, is a kind of joint that will be created as a result of the process of physical joining two materials through their local melting and solidification. Binders are most often used to join steel and plastic. Sometimes the weld is filled with a special additional material that fuses with the main material (the so-called welding filler). Each of the basic types of welds is briefly characterised below.

Depending on the type of weld, we divide it into:

Edge joints usually join fragile sheets; their thickness should not exceed 3 mm. In this case, it is necessary to properly prepare the sheet, which should be slightly bent. As for the welding process itself, it does not require the addition of a welding filler. This type of weld is predominantly found in butt joints and angular rebate joints.

These are the welds that are formed between the walls of one element, forming its thickness, and the other element. They can be in the form of full or incomplete penetration. If the weld is fused into the base material along with the entire thickness of a given element, then it should be referred to as “full penetration.” Otherwise, i.e., in a situation where the weld does not cover the entire thickness of the joint, then it is called a partial or incomplete penetration weld. Butt welds are usually found in angular and butt joints. It is recommended to avoid the use of intermittent butt welds and the formation of eccentricities—characteristic elements in the form of a circle bent into a ring guide. They are most often used for butt joining sheets, pipes, and bars.

Hole welds are the most specific type of all welded joints. As the name suggests, in this case, the welding process focuses on filling the designated round or oval-shaped holes in one of the sheets of the connecting element with adhesive. These openings can be provided with oblique walls, which additionally facilitate the fusion of the adhesive. Extremely important in this case are the dimensions and spacing of the holes, the diameter or width of which should be 8 mm greater than the thickness of the sheet. As for the spacing of the opening welds, it is recommended here that it should be adjusted in terms of maintaining the stability of the structure. Hole welds occur in lap joints. It is usually used to strengthen fillet welds connecting wide elements.

Fillet welds are divided into equilateral and non-equilateral. They are made in the groove between the two non-tapered walls of the joined elements. In the case of this type of weld, their faces can be flat, concave, or convex. Fillet welds are usually found in rebate and angular joints. They are used primarily for overlapping and overlapping joining sheets and other elements set at an angle.

As you can easily guess, this is a special type of fillet weld characterised by the segmental occurrence of welds in a staggered or symmetrical arrangement. Unfortunately, their disadvantage is that they are highly susceptible to corrosion, which is why they are not recommended for use in such places. Furthermore, this type of weld should not be performed in the presence of dynamic loads, zones of abrupt changes in stiffness, or the presence of normal and tangential stresses at the same time.

The use of such welds is only possible if they are intended to prevent separation and bulging of the lap portions and also when they are subjected to shear. Depending on the shape of the opening, its diameter or width should be at least four times the thickness of the sheet. Sharp edges should be avoided, and in this case, it is also worth paying attention to the spacing of welds so that it is optimally adjusted in terms of stability.

Ridge welds, like edge welds, are used to join thin sheets. They are made both on the parallel parts of the sheet and its previously folded edges. As for the thickness of the weld, it should be equal to the sum of the height of the welded joint and the depth of its fusion line.

Point welds, similarly to hole welds, are used to strengthen fillet welds connecting wide plates. This type of weld is created by fusing one of the elements and fusing it into the other one directly below it. They are mainly found in lap joints.

Line welds without a hole are formed by the accumulation of point welds. In this case, the welds touch each other or overlap directly, creating the so-called linear welds. 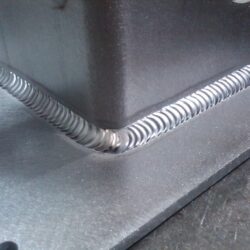